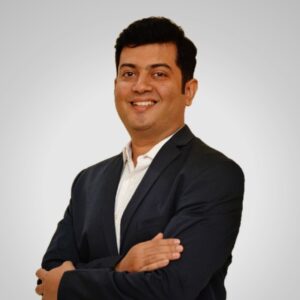 A massive peer-reviewed study from Microsoft involving 61,000 employees has revealed that in a hybrid environment “Short-term productivity goes up, long-term creativity goes down” Though formal tasks can be completed equally well at home or office, the informal interactions that give rise to ideas, collaboration have reduced.

Before we find ourselves screaming “I told you so!” it might be useful to take a pause and reflect back to pre-pandemic era, where everybody was in office – but we still complained about “Our departments work in silos!”

Though everybody has their personal opinions on how people behave, the challenge is to measure intangible things like collaboration, innovation, influence. These phenomena depend less on the people themselves and more on the relationships between them.

Intangible things like collaboration, innovation, influence depend less on the people themselves, and more on the relationships between them

Organizational network analysis helps us monitor and measure these relationships. And this can provide powerful insights in a hybrid environment. These insights can then be used to design precise, targeted interventions whose impact can be measured and further improved upon.

For example, the number of people in both these teams are same, but based on the interactions between them, can you guess which one is more engaged?

You are right! Team B. No perception based surveys needed! And engagement can be tracked real time as well.

Let us see how ONA can be used to measure more intangible things like team collaboration, ideation, influence, team innovation.

As we saw above, ‘dense’ interactions means better efficiency. Work gets done faster. Same is true across departments as well. Can you intuitively guess in which organization, are departments really working in silos? Once you know this, you know how and where to intervene.

The usual approach to identify people good at ideation is using individual attributes like educational background, experience, personality, and native intelligence. Truth is, ideation depends a lot on exposure to diverse sources of information. Good idea generators often synthesize information from one team with information from another to develop a new product concept. Or they use a solution created in one division to solve a problem in another.

Can you guess who would be better at ideation? Purple or orange person? 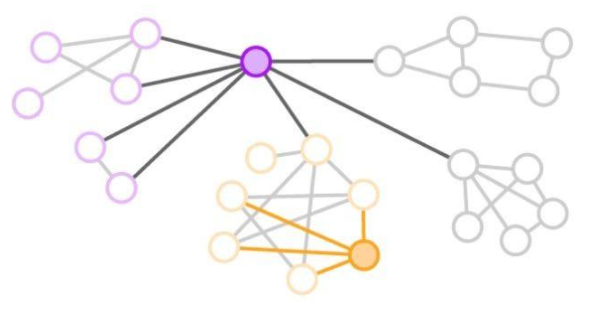 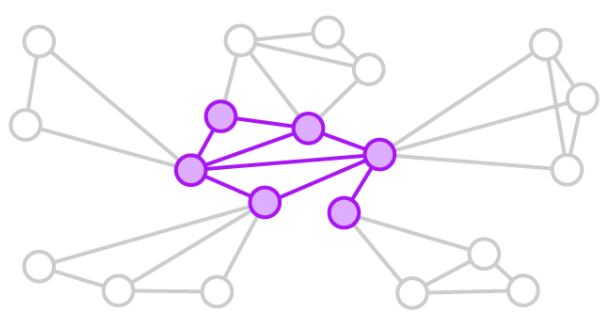 Though it might not be a surprise, studies show that Employees are not most influenced by the company’s senior leadership. The employees who are capable of influencing others’ behaviour occupy positions of “aggregate prominence”. This means they might know less people, but they know the right people. Not unlike how Google fetches ‘relevant’ results.

Employees are not most influenced by the company’s senior leadership

In the diagram above, though she connects to only two people, purple is more influential than orange, because purple’s connections are better connected. Purple’s information will reach farther.

Studies show that as less as 10% employees can influence 90% of the organization. Imagine the implications on change implementation, adoption of new initiatives if you knew exactly who these people were!

ONA can answer many questions like which teams are at highest risk of burnout? Who are most disengaged? Whose attrition will have the biggest impact on the entire network? This allows HR to take proactive measures, rather than retrospective regret to curb attrition.

ONA provides us the power to study and measure the relationships between people, rather than the people themselves. This makes it possible to take a scientific approach to study, track and improve intangible and emergent phenomena like engagement, ideation, innovation, influence. ONA can be used in a host of other use cases like M&A, new hire integration, inclusion, attrition.

In a hybrid environment, where relationship data is the only reliable way that can show us what is actually going on in the organization. The other alternative is to form personal opinions and keep shooting in the dark.

So if you are keen to know how ONA can be used to solve any people challenge in your organization, just mail me at vijayraj@odalternatives.com  Will be happy to have a no-obligation conversation!

Vijayraj Kamat is a Partner at OD Alternatives. He brings in a blend of analytics and big 4 experience to his passion of Organizational Development and psychology