Being, Doing and Having - OD Alternatives

Being, Doing and Having 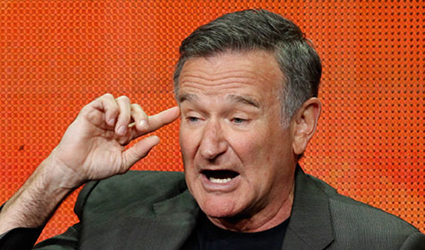 “We don’t read and write poetry because it’s cute. We read and write poetry because we are members of the human race. And the human race is filled with passion. Medicine, law, business, engineering, these are noble pursuits and necessary to sustain life. But poetry, beauty, romance, love, these are what we stay alive for.” Robin Williams’ character said these words in the movie Dead Poets Society.

While the human race is filled with passion, the passion to live life fullest, there seems to be an underlying passion ofself-destruction that we are also addicted to. His death last week reminds us that successful people do get engaged in self-sabotaging behaviour. Drug addiction, abusive relationships, violent outbursts of anger, mood swings are common with celebrities and successful people all over the world.

“Most people think the will to survive is the strongest instinct in human beings, but it is not. The strongest instinct is to keep things familiar,” Virginia Satir, the renowned family therapist, said once. Milan Kundera, the author of the novel The Unbearable Lightness of Being, also mentioned that “happiness is the longing for repetition.”

The psychologist Robert Kegan said that even when a doctor tells a patient that he needed to change or he would die, only a few are able to make those changes because we would at any cost hold on to the familiar way of seeing the world, experiencing it and familiar ways of behaving. This must be the reason why we go back into our patterns, addictions and stories. We see all over the world people finding it difficult to change or stop self-destructing behaviour and lead a happy and peaceful life.

Some prominent people ruin their splendidly successful lives and careers. Others have high potential for leadership, but fall far short of their early promise. And then there are others who do succeed in their goals but lead lives of quiet desperation.

If we look at the intentions of self-defeating behaviors we could broadly classify them in three groups:

1). “Primary self destruction.” This is when someone deliberately and intentionally hurts himself or herself. They intentionally choose an action that they know will bring harm to them. Masochists are an example.

2). The second one is like a “trade-off”. This behaviour is done when a person literally and knowingly makes a trade-off in a situation. It is when a person chooses a certain option that has some benefit but also has the potential to cause harm to the person as well. A good example of this would be when a person chooses to take up smoking or using drugs. In a trade-off, the harm or risk to the self is accepted as a necessary accompaniment to achieving some other goal.

3). The third category of self-destructiveness includes “counterproductive strategies.” This type involves self-defeating behaviour- one in which the person neither desires nor foresees the harm to self. In this instance a person is pursuing a desirable outcome but chooses a strategy or approach that backfires and produces the opposite of the desired result.

Thus, the person is pursuing a positive goal, but the person’s method of pursuing is negative. We see lots of leaders ending up choosing counterproductive strategies or strategies that backfire.

While all of us could at some point in time engage into one of these self-destructive behaviours, these behaviours could be connected to our overall level of happiness that we experience at any given point of time, and our self image and self worth.

Are you really happy?

A study found that the overall happiness levels of lottery winners increased when they won, but returned to pre-winning levels after just a few months. In terms of overall happiness in the long term the lottery winners were not significantly happier than the non-winners. The study showed that most people have a set level of happiness and that even after life-changing events, people tend to return to that set point.

One of the reasons for our unhappiness is the Do-Have-Be model that deeply influences us. So we first strive to have more resources (e.g., money) by doing hard work and commitment, which will then finally enable us to be happier. This leads to state where individuals have what they wanted and feel they are still not happy.

A key to lasting happiness appears to be the exact opposite – if we make efforts to discover and be who we truly are, we’ll develop the foundation to do what’s truly important to us, which will then enable us to have more of what we want in life.

• Doing is “movement and activity. It stems from natural creative energy.”

• Having is “the state of being in relationship with other people and things in the universe the ability to allow and accept things and people into our lives; to comfortably occupy the same space with them.”

The 14th-century French philosopher Jean Buridan argued that, forced to choose between a pile of hay and a bucket of water, a hungry and thirsty animal – immortalized as Buridan’s Ass – would be paralysed by indecision and die.

While consumerism could be all about freedom and choice, you might want to appreciate fewer choices that could make you happier. “The key to getting the most from choice is to be choosy about choosing,” Sheena Iyengar, Professor of Business in the Management Division at Columbia Business School and known for her research on choice, mentioned.

If you want to be happy remember this.

We can’t be happy alone, we can’t be happy all the time, we can be happier than we are currently. So have a look at your life and reflect what will bring more happiness and what is it that you can do about it now.