Is the world really favouring the female? - OD Alternatives

Is the world really favouring the female? 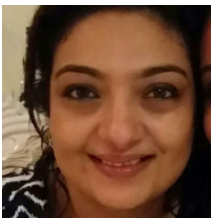 If the title grabbed your attention then am sure you are going to love this story (true account with very little added masala since its spicy on its own).

In 2019, when this normal was not even a distant nightmare, my adorable dewar, a consultant with a UK firm visited us with his wife and two young kids.  The wife had just qualified as an actuary and we were talking about her career options over a lazy desi Sunday brunch at home.

My dewar remarks “there is no better time now than to be a woman especially non-white.  The whole world is focussed on uplifting womenfolk.  Finally, the rule of men will come to an end.  It’s about time that power at the workplace starts getting redistributed!”.  He was not being sarcastic – I asked and thus I know!

This young man is a true feminist and believes that the ONLY way a country, society, family will prosper is if 50% of its population i.e. the womenfolk are gainfully employed.  Think about it, women are graduating and joining the workforce but not going all the way in their careers – that’s a waste of talent, education and a drain on any country’s resources!! Therefore, if positive, corrective action is taken to encourage and retain women at work, then that’s great! It is a fact that marriage and/or kids take a beating on a woman’s career compared to a man’s!

The math makes sense and so does the social case for having women at work.  But that is not what I want to talk about today.

I want to talk about men and inclusion! Or men and exclusion?!?

Food for thought.  From a purely corporate inclusion standpoint and given stats (cause stats don’t lie), is it possible for men to feel excluded at work? If you tell me that they feel excluded at home and from child rearing activities because they are so tuned to focus solely on work (given their social conditioning), I’d probably be more amiable to agree! But corporate culture across the world is essentially male! so no exclusion there!

Today, I see a lot of millennial men who have a balanced approach to life where work is not the be-all and end-all of their existence.  It tells me that things are changing – that men are embracing their whole selves because gender roles are fallacies – created by society based on unverified and oversimplified assumptions about people in general.

These norms may have served some limited purpose of bringing order etc BUT have created chaos and serious bias and divide as well! Moreover, they have not evolved to stay in tune with the times we live in.

Other than the physical process of giving birth, all human beings have the same make hence logically the same talents, abilities, emotions and ambition! The infrastructure or the enabling environment differs!

I genuinely feel bad for men who grew up with social identities where their academic qualification and their paychecks defined who they are.  Am sure many of them would have chosen different paths if they knew better or if our culture allowed them this freedom to choose a fuller life.

More talent at work in the form of more women, more retirees, more LGBTQI+, more people with disabilities would only mean more business; newer markets to explore and conquer; and less pressure on just the men folk to make money.

Everyone irrespective of gender would get a choice to either chase a career down – climb a corporate ladder OR find a more balanced approach and create a life tree – where career is just one aspect of life and there is freedom to be more.  Pursue hobbies, focus on health, be a more involved life partner, parent, child, sibling … the possibilities are endless!

I would think that men would welcome diversity with open arms given the immense benefits it could bring to them! I mean, if I had someone offer to share the load at home, I would say yes without batting an eyelid!

Do I sound utopian?! Maybe? But I truly believe that if we included the menfolk in diversity, inclusion and belonging (DIB) as allies, this dream of an egalitarian world where everyone has a chance to bring their whole selves to work and be judged solely on merit is not far away!

For any cultural revolution of this scale, we need to get our dominant group – the men on board.  Men like my brother-in-law who already understand the economic benefits of DIB and are putting skin in the game by being equal partners.  Also, young fathers who hope that their daughters can chase down careers like any man they work with without being discriminated against or having to make choices a man won’t have to.  Most men who have a talented woman he loves in his life would be an ally! No?

Before companies devise strategies and action plans around DIB, they must get their men on board.  Sit across with the menfolk and:

As mindsets change – one person at a time, the diversity numbers will improve on their own.

Someone once told me: to understand inclusion, all you need to do is feel excluded.  Before any DIB initiative, get your menfolk on board and create a strong ally network!

She is a chartered accountant by qualification and a trained psychotherapist with certifications in DIB. Besides work, raising her two girls and her Lab-Indie pup-Luna; and cheering for Rafa Nadal, she dreams of taking DIB awareness across schools, colleges and corporates in India.  She is currently running awareness and training sessions for groups within her Firm and firmly believes that awareness and bringing everyone on board is the first step towards creating a successful business case for a diverse workforce.