Marriages and Mergers - What Can We Do To Make Mergers Work? - OD Alternatives

Marriages and Mergers – What Can We Do To Make Mergers Work? 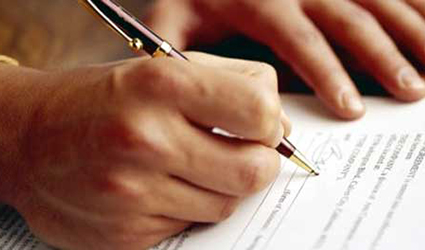 “So it’s not going to be easy. It’s going to be really hard; we’re going to have to work at this everyday, but I want to do that because I want you. I want all of you, forever, everyday. You and me… everyday,” Noah tells Allie in the movie The Notebook, based on a novel of the same name by Nicholas Sparks.

The lack of willingness to work on the relationship every day could be the reason why most romantic stories are not about the romance between the married couple. They say marriages are made in heaven but the fact is that we need to live on earth happily ever after!

Mergers and acquisitions are like marriages. The lack of willingness to work on it could make the merger process and the new entity a tragic and painful experience of destroyed dreams.

At the beginning it is always with hope and vision about the combined entity and greater market share, diversification into new products or services, expansion up or down the supply chain, gaining cutting-edge expertise for new product development and so on. But if we look around, we could see that five out of 10 mergers and acquisitions fail to deliver on the financial expectations.

If we look deeper, we could find that culture match and integration of employees are the key challenges making mergers fails, like in the case of marriages.

This may sound too simple, but identity and culture integration is often overlooked or taken for granted as another tick in the box as the merger unfolds.

A lot of time is spent in activities that typically focus on operational issues such as harmonizing product lines and financial and human resource information systems, optimum way of using the field force or determining which employees will stay and which ones are let go.

While the focus is mostly on the structure, strategy and products, and the operational side of integration, we fail to see the human side of mergers and acquisitions leading to the high rate of failures.

In the past I have done some work with organizations as part of the integration process when a multinational pharmaceutical company acquired a competitor, when an Indian company bought a copper mine in Africa, and a private equity firm took a major stake in a garment export company.

In all these cases while the operational side of integration happened with a lot of vigor and thought process, the cultural and identity integration was given less importance. And looking back now, the stakeholders understand that managing the people aspect of the integration is crucial for the success of mergers and acquisitions.

What can be done to increase the success of mergers and acquisitions?

1). Reduce employee anxiety.
A lot of times a high rate of attrition happens when the merger is announced. This is because people feel anxious about the future and no clear and immediate communication happens to reduce the fear.

There will be questions like salary structure, reporting structure, and geographical preferences that create anxiety and failing to address these concerns immediately create anxiety, attrition and loss of productivity.

One of the reasons that contribute to M&A failures is the inconsistent and unclear communication of synergy objectives. So it’s important to communicate and help people know what is going on.

2). Creating a Vision for the combined entity.

What would the new organization stand for and what is going to be the long-term vision and how are we going to achieve our vision are conversations that could engage people in the integration phase of a merger.

If both companies agree on the vision and feel excited about it they could see how the acquisition helps in achieving the vision. This conversation should be done involving the entire organization rather than limiting the visioning exercise only to the top management.

3). Understand culture and identity of both the organizations

Culture is a key underlying force in many challenges faced in an M&A situation from both a people perspective as well as from an overall business perspective.

Unlike other operational process cultural integration is more complex and sensitive. Many a time nothing is done about culture integration and when it is done it’s usually done by the same agencies or experts who do the operational integration. Every organization has its own unique culture – the set of norms, values and assumptions that govern how people act and interact every day.

A simple way of explaining organization culture is “the way we do things around here”. Senior leaders need to understand both cultures very well and commit to the culture they want to see emerge from the integration. Each organization might have their perceptions about the other organization and it is important to clarify and understand the positive elements of both the culture.

Integrating two organizations requires a strong leader whom people trust. During the integration time we need a leader who projects energy, enthusiasm, clarity, and communicates the vision to everyone.

How Nelson Mandela is shown integrating two cultures in the movie Invictus is a great example. We also need to be careful about overconfident leaders who think they cannot fail. Many successful and talented people suffer from pride or excessive self-confidence that makes them feel that they can succeed all challenges.

These leaders could fail like Icarus, who, according to Greek mythology, despite his father’s warnings, flew too high with his wax wings, which melted when he was too close to the sun-and he fell into the sea and drowned.

Philosophically speaking, it’s good to keep in mind the words of Khalil Gibran. “Let there be spaces in your togetherness, and let the winds of the heavens dance between you. Love one another but make not a bond of love: Let it rather be a moving sea between the shores of your souls.

Give your hearts, but not into each other’s keeping. For only the hand of life can contain your hearts. And stand together, yet not too near together: For the pillars of the temple stand apart, and the oak tree and the cypress grow not in each other’s shadow.”

There is a Michelangelo effect where each partner helps the other to become his or her ideal selves. The sculptor’s task is simply to chip away at the stone so as to reveal the ideal form.

When partners perceive one another more positively than each person perceives himself or herself, relationships exhibit superior functioning. So it’s not going to be easy, you got to work at it because you love the idea of what the collective identity can do and you could sculpt each other to be the ideal selves and create a new identity.