Thoughts on Culture and Inclusion by Reena Wahi - OD Alternatives

Thoughts on Culture and Inclusion by Reena Wahi 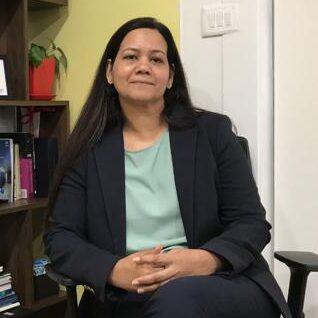 Culture as a subject has always excited as well as intrigued me, be it culture of country, culture of clans or culture of the organisation and may be that is why from a student of history I transitioned in Human Resource.

In the post-war decades, “culture” was associated with the quest for personal growth – the idea of personal, humane enrichment and a source of pride. However today, the idea of culture has taken a more of unconscious groupthink approach in society and has equally permeated within the context of organisations.

In 2013, Michael D Watkins started a discussion on LinkedIn around “defining what organizational culture is?” and some interesting definitions emerged.

“Culture is how organizations ‘do things’.” — Robbie Katanga

“Organizational culture defines a jointly shared description of an organization from within.” — Bruce Perron

“Organizational culture is the sum of values and rituals which serve as ‘glue’ to integrate the members of the organization.” — Richard Perrin

Cultural Identity and its challenges

Whereas, in its narrower sense, deep rooted cultural identity and desire to preserve and nurtured in its purest form has led to conflict and more recently to the deep polarisation in society.

The importance of culture has been widely acknowledged, legendary management consultant Peter Drucker famously quoted “Culture eats strategy for breakfast” implying that a powerful and empowering culture was a surer route to organisational success.

So key outcome of Culture is to create alignment and in some way promote homogeneity and reinforce group think. Very contrary to concept of inclusion which positively recognise and is appreciative to divergent ideas, thoughts, viewpoints, personalities and even divergent cultures.

At individual employee level, in their effort of cultural alignment,  organisations often overlook their extreme focus on homogeneity and conformity by an individual employee to socially acceptable role.  A role that fits with the cultural identity of the Organistion. In the words of Carl Jung, the Persona – the social face the individual presents to the world—”a kind of mask, designed on the one hand to make a definite impression upon others, and on the other to conceal the true nature of the individual”. And Jung called the other part, the shadow. While individuals have their persona and shadow, Organizations also have their persona and shadow.

So what is that organisations need to do differently to build truly inclusive culture in order to harness the potential of each diverse individual?  A culture that allows employees and be their authentic self; aligned and congruent self-image, values, beliefs, purpose and behaviour.

It is critical to go back to traditional thought process of viewing employee association with organisation “culture” as quest for personal growth, the idea of personal, humane enrichment and a source of pride.

Organisations that are  having deep rooted cultures, need to revisit and rethink their approach of inclusion beyond just looking at numbers of diversity, policies and sessions on unconscious bias.

However, look at creating frameworks and ecosystem that recognise

Disclaimer: The views expressed and contents in the article belong to the author and doesn’t represent the views of the her organisation and its affiliates companies.