Why Countries, Large Organizations Cannot Depend on a Singular Leader - OD Alternatives

Why Countries, Large Organizations Cannot Depend on a Singular Leader 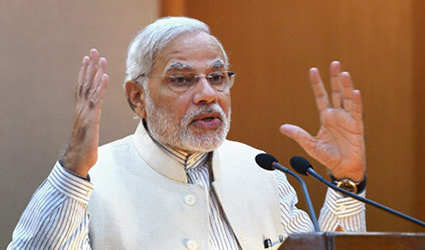 With World Cup football, Narendra Modi and Narayana Murthy in the background, I am tempted to write about heroes. We all grew up admiring heroes. We heard about them from our parents, teachers, read books, saw them in movies, sports, organizations and politics. We love the seductive image of someone who could solve all our problems. A hero battles ‘supernatural’ forces and returns home “from this mysterious adventure with the power to bestow boons on his fellow men,” as mythologist Joseph Campbell wrote.

But is this heroic figure of the leader the most appropriate image of the political and organizational leader? As we know that life is not a Rajinikanth movie, there has to be a better image that describes today’s leaders.

A Forbes article in June 2013 said “Infosys, once India’s software bellwether which has been struggling of late, has turned to its Chairman Emeritus N.R. Narayana Murthy to lead a rescue mission”. Mohandas Pai, one-time senior Infosys executive who left the company in 2011, in a Financial Times article in June last year (2013) resonated with the view: “You need an inspirational leader to come and give a strong direction to the company, and Murthy is the best at that.”

The Wall Street Journal wrote about Prime Minister Modi, quoting a political analyst: “In this government, one can expect that the Prime Minister will intervene directly if someone doesn’t perform… He will have the political authority to pull them up and the buck will stop with him.”

You could see here how much we hold the image of a savior on a white horse with magical sword when it comes to our expectations from our leaders. And when they are not able to meet this ideology, we feel frustrated, lose hope and look for another leader. This time we want him on a horse of another colour, with a different kind of sword.

Is it fair to imagine that a heroic leader would save all of us? And is it fair to change our mind so fast without giving a leader enough time?

Interestingly, the love for heroes also extends to anti-heroes. In the movie The ‘Wolf of Wall Street’, Leonardo DiCaprio’s character Jordan Belfort is shown sniffing cocaine, had two of his staff throw a dwarf into a target in the middle of the trading floor, and then he tells his philosophy that money is the ultimate high. And in the end of the movie he becomes a motivational speaker igniting minds to be ambitious and be heroes in their own right.

The fact is countries and large, complex organizations cannot completely depend on a singular leader to define and execute their strategic agendas and lead them through transformation. What we might need is a pool of leaders who collectively have the talent, strength and commitment to meet the demands of the dynamic workplace. The proverbial hero instead of having the horse, sword, and all the answers on how to fix the economic crisis, needs to have skills to build shared leadership and accountability among all.

The hero image of the leader comes from our belief that someone who exercises control, has resources, authority and power – can drive change. While leaders could use all these to drive change, the fact is no one is in full control.

The concept of a VUCA world – one that is volatile, uncertain, complex, and ambiguous – was introduced by the US military as the Cold War ended and as the US looked out over the emergence of a multilateral, rather than a bilateral, global landscape. Interestingly, the command and control leadership also has its origins in military and it is only now that they realise the change required in the way leaders lead the complex times we live in now.

A lot of leaders I interact with regularly behave like heroes not because they are power hungry but they have a desire to help and truly believe that they could make a difference. They believe that if they can work harder and fix things, they could transform their organizations. They honestly feel if they learn something new, they could solve problems. They are willing to take more responsibilities and projects thinking that this will reduce complexity. In the process, they have less time to create a shared leadership model or drive cultural change within their organizations. We want our heroes to be swift, striking at lightning speed and have a Midas touch.

What are some steps leaders could take to manage the VUCA world moving away from the hero trap?

1). Build a shared sense of the world and shared leadership.

Collectively sense making about what is going on from a systems perspective is important because one person alone cannot see the complexity and interconnections. This requires a new belief that diverse competencies and backgrounds are needed to lead an organization than a single hero.

2). Spend time in the balcony.

Ron Heifetz, a professor at Harvard University and author of Leadership Without Easy Answers (1998), makes the point that leaders periodically need to get off the dance floor and get up on the balcony. By doing so, you can see the patterns and the flow of your employees working better than when they are right in front of you. Heifetz believes that leaders need to regularly “get up in the balcony” and get a different perspective of everything that is going on. You also can see who is dancing well and who is struggling. The balcony movement requires you to detach from the dance floor for a while and witness the dance floor.

3). Build relationships and trust across the organization.

4). Create accountability throughout the system.

It is easier to blame politicians and leaders but unless each unit in a system takes accountability for their conditions, change never happens. So, if you do not want to get into the heroic leader trap, create accountability throughout your systems and help people see that.