Winning Through Diversity and Inclusion 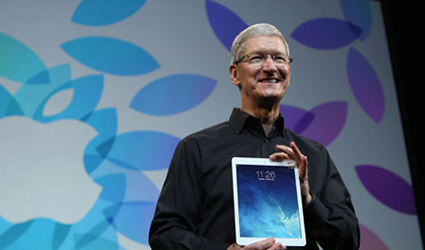 I once met a senior executive with an American software company who had changed his South Indian name to a more western sounding name to start aligning and adapting to the mainstream culture in the US. In the evening over a drink he spoke about his village near Coimbatore and how sometimes he feels the pressure to hide his true identity and demonstrate certain behaviours that help him adjust well with a certain community.

Imagine walking into a party and acting like someone who you are not! Once in a while this can be fun but if you do this every day, you will get tired. But sadly, a large number of people in organizations ‘cover’ their true identities and demonstrate a different behaviour while at work.

Goffman mentioned how even individuals with known stigmatized identities made a ‘great effort to keep the stigma from looming large.’ Goffman gave the example of how President Franklin Delano Roosevelt ensured he was always seated behind a table before his Cabinet?entered. President Roosevelt was not hiding his disability, as everyone knew he was in a wheelchair. However, he was covering, making sure his disability was in the background of the interaction.

There is surely a business advantage if members of a diverse workforce could all express who there were and bring their true selves to work. For this we need to build an inclusive workplace and a culture where everyone could openly express who he or she is without covering his/her identity. There is a lot of talk about diversity and inclusion and many companies drive multiple initiatives around inclusion. Most of these initiatives have not really created a culture where diversity and inclusion is expressed in its right spirit.

• The conflicts in their style ad strategy is known to many other people in the organization.

So what is diversity and inclusion? Diversity is the existence of many unique individuals in the workplace, marketplace and community. This includes men and women from different nations, cultures, ethnic groups, generations, backgrounds, skills, abilities, sexual orientations and all the other unique differences that make each of us who we are. Inclusion means a work environment where everyone has the opportunity to fully participate in creating business success and where each person is valued for his or her distinctive skills, experiences and perspectives.

Tim Cook, CEO of Apple who is believed to be most powerful gay CEO, writes: “Long before I started work as the CEO of Apple I became aware of a fundamental truth: People are much more willing to give of themselves when they feel that their selves are being fully recognised and embraced. At Apple, we try to make sure people understand that they don’t have to check their identity at the door. We’re committed to creating a safe and welcoming workplace for all employees, regardless of race, gender, nationality or sexual orientation.”

He also understands that diversity and inclusion is good for business. He says, “It (inclusion) also turns out to be great for the creativity that drives our business. We’ve found that when people feel valued for who they are, they have the comfort and confidence to do the best work of their lives.”

Women leaders in an organization dressing and behaving like males; employees not expressing their religious or political vews; minorities feeling ashamed to express their views – are all examples of a workplace that does not cherish diversity and inclusion. Indian workplaces have a long way to go when it comes to embracing inclusion and diversity.

The first step towards nurturing diversity and inclusion is to address our stereotypes and unconscious bias (not just towards people ‘unlike us’ but also positive bias towards those who are ‘like us’).

When I came to Delhi in 1994, I managed to get a house on rent because I am a South Indian. My landlord, who is from Rajasthan, had advertised that he would only give the house to a South Indian. We all have unconscious biases. We tend to like people who look like us, think like us and come from backgrounds similar to ours. Everyone likes to think he or she is open-minded and objective, but research has shown that the beliefs and values gained from family, culture and a lifetime of experiences heavily influence how we view and evaluate both others and ourselves.

You might have a positive bias towards someone speaking English with a Queen’s accent and might have a negative bias towards someone speaking it with a heavy South Indian accent, while the way Spanish people speak English can be considered by some as sweet and cute! Our unconscious biases towards people of the northeast are something that has created ugly demonstration of criminal behaviour many times in the past.

So what can you do to help everyone express who they are? Remember your products are for all kinds of customers. So why not have all kinds of employees who will give multiple perspectives and help the organization grow?