Leadership during crisis- Did our leaders do well? - OD Alternatives

Leadership during crisis- Did our leaders do well? 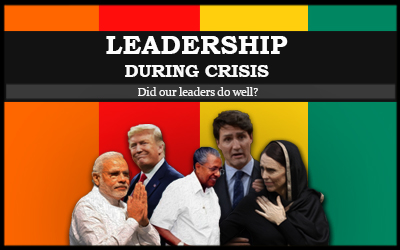 “What’s true of all the evils in the world is true of plague as well. It helps men to rise above themselves.”

Albert Camus quoted this in his famous novel Plague. What we are facing globally today is pretty similar to what Camus described in his novel Plague which was published in 1947. If challenges and crisis help leaders to rise above themselves, let us see how our leaders showed up during this pandemic situation (Corona Virus Outbreak) and analyse if this crisis has really helped them to rise above themselves.

While most of the discussions around leadership usually revolve around corporate leaders, this crisis brought in an exception by exposing our political leaders and their actions to the entire world. I am reflecting here upon the leadership behaviours during crisis based on my twenty two years of experience in the area of leadership development and coaching.

During a crisis, people look up to their leaders for directions and strategy. They seek guidance on the do’s and don’ts, and the subsequent implementation. Almost all world leaders barring few have fared well in this task. They were able to point towards the right direction and communicate about the general precautions to be followed by the masses. Be it about requesting everyone to be at their homes, washing hands frequently, delaying rent collection from tenants, not hoarding necessities, helping others, so on and so forth, the leaders have spread the word responsibly. Agility and speed are of utmost importance in this situation and if we look closely into the newspapers, we would clearly see the hares and the tortoises. Indian Prime minister, Mr Modi set a great example by deciding quickly and bringing about a nationwide lockdown to reduce the spread of COVID-19.

Let’s look at the ways in which all leaders need to be mindful of their communication and actions during a crisis like this:

Setting direction in a participatory and empathetic way

While setting the direction, many a times, leaders fall into the trap of parental leadership. Paternalistic or Maternalistic (parental as a neutral term) leader assumes that he or she knows the best and their actions are best for the organisation or the country. Consultation with other key stakeholders and experts might be missing and hence the direction and strategy for crisis management could be based on an authoritative and top down approach. This is something that leaders need to mindfully avoid in order to build a network of leaders and eventually use this network to effectively reach out the common man. This requires empathetic and adult-to-adult conversation and not parent-to-child conversation. Moving from a self-centred leadership style to a more participatory one and hence becoming a more involving and well networked leader which is the crucial.

Giving credit to others and considering all stakeholders

Sometimes parental leaders forget to acknowledge others’ efforts and share success stories of crisis management in their communication with masses. In India, many regional leaders have emerged as exemplary leaders during this crisis and have done amazingly well for the states they lead. The Chief Minister of Kerala, Pinarai Vijayan is a great example in this regard.

It is important at times like these to acknowledge what is working and who is making it work, and hence give credit to the leaders who are doing well. India’s private sector leaders like Azim Premji, Ratan Tata and Anand Mahindra among others have risen to the occasion and done their bit that needs acknowledgment.

Focusing on all that’s important

When we focus on the health of a nation and decide a lockdown, there are concerns and implications around financial capacity of masses to manage their lives during the period. There are concerns around the safety of our frontline healthcare workers who are directly exposed to the virus and lack protective gear. The direction that we are heading towards and the strategy which we are following will have huge implications on our small scale industries and daily wages workers. Hence, when leaders communicate to the masses in such a critical situation, they need to address these concerns and answer the questions that might be there in the minds of the people. While leaders tell people what they need to do, leaders also need to talk about the ways in which they are working on addressing the concerns.

The idea is to address both intellect and the emotions in communication. The idea of lighting lamps collectively at 9 PM appeals to the emotions and brings a sense of collective connect which is useful specially during this period of social distancing and isolation. But at the same, addressing other logical concerns is also important.

Lao Tzu rightly said, “A leader is best when people barely know he exists, when his work is done, his aim fulfilled, they will say: we did it ourselves.” I know that it is tough be a leader but it is worth attempting. 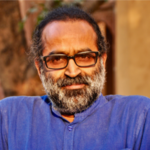